We carry a large selection of Authentic Replica Atocha Coins

On September 4th, 1622, the Spanish Treasure Ship, Nuestra Senora de Atocha, was driven by a severe hurricane onto the coral reefs near the Marquesas, about twenty miles west of the Florida Keys. With her hull savagely ripped open, the vessel quickly sank, drowning everyone aboard with the exception of three survivors. The Atocha was heavily laden with gold, silver and precious gems, bound for the treasuries of Spain. This remarkably rich cargo, valued at hundreds of millions of dollars by today’s standards, lay lost beneath the sea for nearly 360 years. The wreck of the Atocha and her amazing mother lode of silver, gold and emeralds was finally located in 1985 by Mel Fisher and his team of dedicated treasure hunters who had scoured the sea bed for more the twenty years in search of this fabulous fortune. Your Official Treasure Coin Replica is an exact reproduction of an actual Spanish treasure coin and it is minted with silver actually salvaged from the legendary galleon’s watery grave! It is an authentic piece of history, hailing from the fantastic days of fabulous treasure ships on the Spanish Main!

Each purchase comes with a certificate of authenticity for the silver used in the coin.

A true relation of that which happened to the great Spanish Fleet & Galleons of Terra Firma in America. The Year of Our Lord, 1622.

The Spanish Galleon, Nuestra Senora de Atocha, was a warship. She was constructed in the New World … in Spain’s American Empire … and commissioned an amiranta. A battleship, actually, to protect one of the annual fleets of treasure ships that sailed from the American Colonies to the motherland every Spring with an enormous fortune in gold, silver, indigo, tobacco, emeralds, pearls and additional objects of priceless value from the Orient. In the year 1622, the Atocha, with a commercial fleet of 26 cargo ships and one other warship in the lead, set off from Cuba for the long perilous journey back to Spain. They were late in leaving and the hurricane season was already fomenting in the Southeast Atlantic. She left her home port of Old Havana on the fourth of September, hoping to make s run through the Florida Straits and get into open deep water before being overtaken by bad weather or the English, French and Dutch pirates who lusted after her treasure. It was not to be. Two and a half days out, she was hard hit by a vicious hurricane! Desperately, the captain tried to save his ship. He ordered the crew to drop anchors, trying to grapple onto the reefs and hold on until the winds died down. The worst fear was to be dashed against the coral in low water. Everyone on board knew they would not survive such a violent crash in these ferociously turbulent seas. Blown off course, she hit hard coral and broke up on the Marquesas Keys.

For a brief moment, the rains lessened, the sky lightened and the captain of a nearby ship saw the last tragic moments of the life of the Atocha and her death throes. Mizzen mast rent, sails torn and tattered, much of the superstructure gone into the surf, she listed to port as the violent Gulf rushed into her hull and she slid beneath the surface of the sea. Two hundred and sixty persons were drowned in the disaster. About four hundred million dollars of gold and silver went to the bottom as well. Of all the persons aboard the doomed Atocha, only five survived. Two ship’s boys, a seaman and two slaves. They were spotted by a small Portugese vessel, sailing out of Jamaica. The survivors had been clinging to timbers, remnants of the Atocha, and were picked up in the aftermath of the storm by the brave seamen who rowed to their rescue.

The sinking of the Atocha was a particularly unfortunate occurrence for Spain in 1622. King Phillip IV had been going deeper and deeper into debt fighting the Thirty Years’ War in Europe. He had counted heavily on this year’s revenues from the New World to repay his creditors and to continue his defense of Catholicism. Money from Spain’s possessions in the Americas and the Phillipines fueled her ambitions in Europe. The copper, the tobacco, the indigo, the gemstones and the gold and silver coinage minted in Mexico and South America were the veritable lifeblood if the Spanish Empire. Without this steady source of sustenance, the economic foundation of Spain risked complete collapse. King Phillip was keenly aware of the necessity to retrieve the sunken treasure of the Atocha and her sister ship, Nuestra Senora de Margarita. Thus, in the aftermath of the disaster, Spanish salvage experts were sent to recover the wealth at the bottom of the Gulf. An interesting side note about the design of the coinage that was minted in the Western Hemisphere from the late fifteen hundreds to the mid seventeen hundreds deals with the variations of the crosses on the reverse sides. To the Spaniards, the cross symbolized the union of church and state with Spain understood to be the most powerful Roman Catholic country in the world. All the designs were based on the original Crusader’s Cross with the Greek cross being minted at Potosi, La Plata, Lima, Bogota, Cartegena. The Florenzada crosses were only minted on silver coins.

The early salvage attempts during the years after the loss of the Atocha were minimally successful. Some artifacts, silver and coinage were recovered but the search for the rest of the treasure has only been revived recently. Today, treasure hunters use modern equipment in their quest. The inset is a sketch of Mel Fisher’s MV Dauntless, equipped with his innovative “mail boxes”, used to blow sand and sediment off possible treasure sites. With SCUBA gear and metal detectors, careful study of the ocean currents, the movements of tides plus an exhaustive knowledge of applicable history and archaeology, modern salvors scour the sea beds in search of timeless treasure. Clues come in many sizes and shapes. The fired clay “olive jars”, used as containers in ancient times for nearly everything, tell the expert eye of the treasure hunter that the remains of a sunken vessel may be in the vicinity. The Atocha was known to have carried many such jars in her hold.

The search for the treasure ship, Atocha, with fortune in gold, silver and became a driving passion for the waters around Southeast Much was known about the ancient galleon but a great more was a mystery. Fifty miles of roaring sea claimed those unfortunate Spanish ships in 1622. Where could the Atocha be? How would they know if they found it? What was know about the Atocha were lists of items that had been recorded in the ship’s cargo manifests as well as the taxavle gold and silver being transported back to Europe. Each ingot had to be stamped and recorded. Each bar of gold stamped with the assayer’s marks and the marks of the King’s treasurer. Each cannon of cast bronze was also registered. All in ancient archives of Spain! Those ancient archives would reveal a marvelous secret to the one with the patience and presence of mind to unravel a mystery that had plagued treasure hunters for centuries. Shortly after the sinking of the Atocha, the Spanish salvor, Francisco Melian located the sister ship, Margarita. With the aid of an ingenious “diving bell”, he managed to bring up a fortune in recovered treasure.The year was 1626. But, another hurricane struck. In the aftermath, the ship had vanished without a trace. Melian noted that his find was located off the Matacumbe Key which, today, is located around the middle of the Florida Keys. But …  what about then?

Mel Fisher found it! Mel Fisher’s constant optimistic slogan, “Today’s the day!”, finally became a reality after decades of searching when historian, Dr. Eugene Lyon, doing research in the Archives of the Indies at Seville, as part of Mel’s team discovered “Matacumbe” was a name for the entire Florida Keys during the day of the Spanish Empire. This information, along with additional input from archaeologist Duncan Mathewson, led Fisher’s search beyond the Key West! The Atocha’s site was finally located on July 13, 1975, after six long and expensive years of scouring the sea bed around the Marquesas. The mother lode was found after ten more years of searching the same vicinity. As Mel was known to say, “Once you have seen the ocean bottom paved with gold coins, you’ll never forget it!” Fisher’s contributions to the worlds of archaeology, history and oceanic exploration far out weight the amazing horde of treasure he uncovered during his lifetime. He passed away December 21, 1998 but he will be remembered far into the future. Not only for the hundreds of millions of dollars in gold and silver that he found, but for the priceless view that he gave us of colonial history! 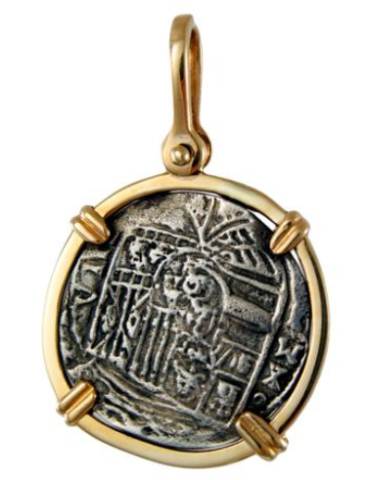